Although he wasn’t familiar with the specifics of the game, an interest was sparked and he began volunteering with the team. He brought with him a spirit for helping others, a passion for the sport of soccer, and his background as an occupational therapist for Brooks Rehabilitation Hospital.

He attended a few practices and walked away with a new appreciation for the skill and tactic involved in the fast-pace game.

Towards the end of the 2012 season, he was asked to take on the role of head coach for the Brooks Barracudas Power Soccer Team.

“Growing up with soccer, I knew I wanted to get involved in the community and coach a youth team of some sorts, but when this opportunity came about, I had to jump at the chance to be a part of it,” he explained. 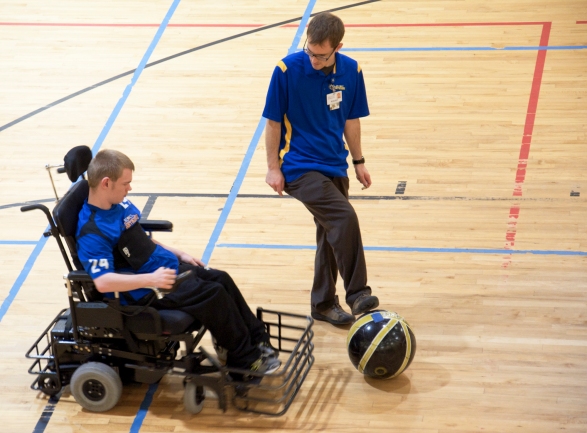 As Michael took on the role as head coach, he gained a new appreciation for the sport. To play the game well, Power Soccer requires a player to have skill with maneuvering the wheelchair’s speed and power while understanding the complexity of the game itself.

“I was drawn to the motivation of the players on the team,” he said, adding, “They were interested in learning more, practicing, and putting in the work. They took action. They wanted to improve and continue to move up as a team to compete at a higher level.”

Power Soccer first came on the scene back in 1970 by a group of teachers in France who wanted to create a form of football suited to the abilities of students with physical disabilities. Initially, the game was played with an old basketball and boards lining the side of the courts. The game was declared an official international sport in 2004, thanks to the work of US Power Soccer coach, David Ruelas.

Today, Power Soccer consists of two teams of four players on a full size basketball court, striking, spin-kicking, and defending with a 13-inch soccer ball. (Click here to read: The Laws of the Game). 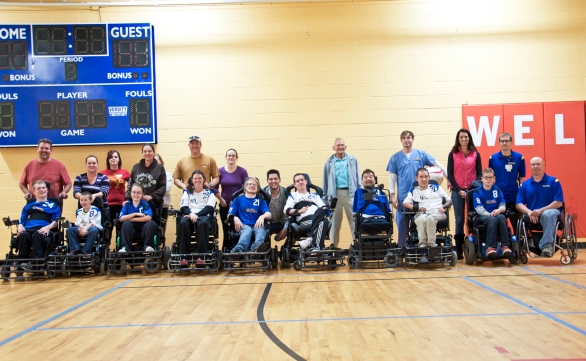 To stay at the top of their game, the Barracudas practice year round, amping up the training in the fall. The season kicks off in November and is then followed by roughly five weekend tournaments, with the end goal of making it to the Conference Cup.

The Barracudas reached this goal this past June, playing in the tournament in Indianapolis and successfully moving up to the 3rd Division known as the Founders Cup.

“I’m very proud of how well they played this year and all the hard work they’ve put into each practice and game,” Michael said. “They’re commitment and dedication is what is going to drive this team to continue to grow and become stronger each season. I’m excited about what the future holds.” 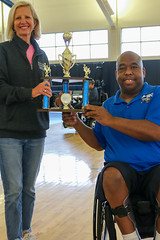